PKR Wants Election Board to Resign!

PKR election director Fuziah Salleh today demanded the Election Commission (EC) board resign for illegally relocating 13,000 voters in Hulu Selangor.
PKR had claimed the EC allegedly relocated voting stations that will affect 13,488 voters in the Hulu Selangor federal seat which it narrowly won by 198 votes in Election 2008.
The party believes that the shift is aimed to cause chaos on the April 25 polling day when voters discover that their stations have been relocated.
The Kuantan MP said the EC’s action was “stupid, irresponsible and incompetent.”
“So far SPR has been giving conflicting statement. The Chairman said that we need to change for the comfort of the voters, while his deputy said that my allegations did not make sense,” she said, referring to the EC by its Malay acronym.
“These are conflicting statements coming from SPR. The chairman said it is for the comfort of the voters and the deputy said it does not make sense to move 14,000 voters.
“SPR needs to be responsible. How is SPR informing the voters? Until now, they are only publishing on the website. Or would they send letters to voter’s because SPR has not done anything. They even denied that this ever happened,” she told reporters in parliament here.
The EC has denied relocating the voting stations of some 13,000 voters, and characterised PKR’s claims are being baseless.
EC deputy chairman Datuk Wira Wan Ahmad Wan Omar told The Malaysian Insider that changes can only happen if the affected voters applied to move voting stations.
Wan Ahmad demanded PKR to prove allegations that the voting stations were relocated since two years ago.
Today Fuziah brought a copy of the electoral roll from 2010 and 2008 and showed that voting stations were relocated for more than 13,000 voters.
PKR alleged that the relocation involved all three state constituencies in the parliamentary constituency of Hulu Selangor.
In the Hulu Bernam state constituency, it involved voters from Sekolah Kebangsaan (SK) Hulu Bernam to Sekolah Rendah Agama (SRA) Hulu Bernam (35 voters), from Sungai Selisik to SK Gesir Tengah (331), from Sekolah Menengah Kebangsaan (SMK) Kalumpang to SRA Kalumpang (235) and SRA Hulu Bernam to SK Hulu Bernam (Ladang Ascot) involving 1,085 voters.
In the Kuala Kubu Baru state constituency, the relocation spanned from Sekolah Rendah Jenis Kebangsaan (SRJK) Tamil Kuala Kubu Baru to SMK Dato’ Haji Kamaruddin (2,824) and SRA Kuala Kubu Baru to SMK Kuala Kubu Baru Jalan Kolam Air (1,801).
In the Batang Kali state constituency, the relocation was from SK Serendah to SRJK Cina Serendah (751), SRJK Cina Serendah to SRA Serendah (1,898), SRJK Cina Serendah to SK Serendah (906) and SMK Syed Mashor to SK Bandar Baru Batang Kali (2,270).
Besides that, the new voting station at SRA Taman Bunga Rakyat involved shifts from the Bukit Beruntung voting district to SRA Taman Bunga Raya (550), Taman Bunga Raya to SRA Taman Bunga Raya (302) and the surrounding areas involving 498 voters.
The Hulu Selangor parliamentary constituency has 64,500 registered voters comprising 63,701 ordinary voters and 799 postal voters.
Fuziah’s motion under standing order 18 (1) and (2) was earlier rejected in chambers.
She proposed that the House debate the implication on the relocation of voting stations in Hulu Selangor by-election which will affect the electoral process for 13,949 voters on April 25.
Fuziah tried to table the motion again in Parliament but was rejected by the Speaker Tan Sri Pandikar Amin Mulia because he believed MPs should not be politicking in parliament.
(dipetik dari anwar blog) 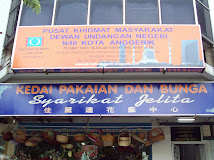 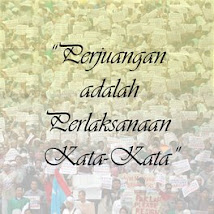 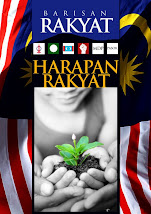